This virtual workshop (National University of Colombia) covers the historical and cartographic narratives of the Amazon River from the 16th century to the present day. Como parte del proyecto cultural El […]

The Caribbean played a central role in the global transformations that began in the fifteenth century. This virtual conference at the Huntington (San Marino, CA) explores the regional, Atlantic, and […]

For the next virtual Lunch Lecture at Science History Institute, Patrícia Martins Marcos (University of California, San Diego) will give a talk entitled “Bridging Divides: Inscribing Racialized Bodies into the […]

For the next virtual Lunch Lecture at Science History Institute, Allison Bigelow (University of Virginia) will give a talk entitled “Mining Language: Racial Thinking, Indigenous Knowledge, and Colonial Metallurgy in […]

For the next Premodern Seminar, the Newberry Library will host Ryan Kashanipour (University of Arizona) on “Epidemics and Epistemologies: Experiencing Illness in Colonial Yucatán”. This talk addresses how indigenous populations […]

Online workshop at the University of Stockholm on the body in early modernity, organized by Karin Sennefelt and Anton Runesson. Wednesday 16 June Sasha Handley (University of Manchester) – Lusty […]

For the next talk on Agriculture and the Making of Sciences (Max Planck Institute for the History of Science), Anil Paralkar (University of Heidelberg) will give a talk entitled “European […]

A free online conference organised by the HERA research project “Intoxicating Spaces: The Impact of New Intoxicants on Urban Spaces in Europe, 1600–1850,” to be held live via Zoom. Monday […] 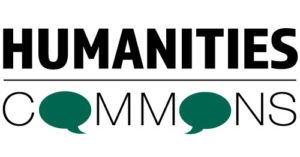